Few will argue against the fact that the criminalization of cannabis on a federal level at the very least causes excessive complication and inconvenience among both those in the industry and consumers. From those who obtain their livelihood from the sale and consumption of the plant and experience difficulty with such issues as banking to renters who question whether the clause in their lease regarding the use of controlled substances implies adherence to state or federal guidelines, there is no question that a federal sanction of marijuana would be beneficial for a wide variety of Americans. Fortunately enough for these individuals, recent congressional developments could spell good news on the horizon for the cannabis industry. 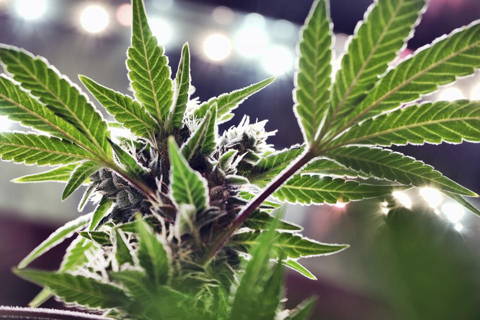 On the first of February, Senate Majority Leader Chuck Schumer along with Senators Cory Booker and Ron Wyden released a joint statement that marijuana reform bills would be merged as Congress begins efforts toward some form of cannabis legalization on the federal level. After this announcement, the cannabis market skyrocketed along with hopes that America is on the cusp of widespread political reform regarding the legal identity of marijuana. If the course of action that is currently being discussed comes to fruition, there is likely to be a significant impact on both the economic and social sectors due to the way these shifts have the potential to improve investment in the cannabis industry and mitigate some of the negative social effects of America’s war on drugs.

The United Nations voted to reclassify marijuana in late 2020, which served as a precursor to Mexico’s preparations to legalize marijuana that were announced earlier this month. In light of these events and the Biden Administration’s past expressions of support for the decriminalization of marijuana, and the fact that Senate is divided with Vice-President Kamala Harris as a tie-breaker, there is a strong possibility that this expectation is not unfounded. However, individuals hoping for the full legalization of adult-use marijuana should not consider these reform efforts to be a guarantee of immediate success, as President Biden and Vice-President Harris have only expressed support for medical marijuana legalization and the decriminalization of the plant. Additionally, the leaders have expressed staunch opposition to the legalization of cannabis for recreational purposes. Therefore, while there is a strong possibility of positive reform in federal cannabis regulations, efforts to render adult-use marijuana legal on a federal level may take somewhat longer than some might suspect. Regardless of the results of this particular political effort, however, it is clear based on the United Nations’ decision and Mexico’s move to legalize the plant, that legal cannabis is becoming more acceptable to governments worldwide. A trend that contributes to hopes that even if federal legalization does not come to fruition in America through the current efforts, this nation is not likely to be far behind.

At this time, it is not clear which bills are being merged. However, there is some evidence to suggest that the announcement refers to a combined bill that closely resembles the State’s Act and includes the social justice implications of the MORE (Marijuana Opportunity Reinvestment and Expungement) Act, which would alter the way that social, racial, and criminal justice is handled concerning the plant and ultimately reschedule cannabis from the Controlled Substances Act. Additionally, there is a possibility that the SAFE (Secure and Safe Enforcement) Banking Act will be included in the merger, which has been before Senate for over a year, and details that federal regulators are unable to interfere with depository institutions working with state-legal cannabis businesses. Additionally, this bill dictates that federal regulators are unable to punish these institutions based on their dealings with legitimate cannabis operations. The implementation of the SAFE Act would be the beginning of federal recognition of the economic value of the cannabis industry and the potential for vital economic growth through said industry in the wake of a financially devastating pandemic. This recognition would come about in the wake of one of the biggest commercial booms that the legal cannabis industry has ever seen as the Covid-19 pandemic in 2020 led to an increase in sales of 46% over the previous year’s, most of which derived from adult-use sales. In light of this, it becomes evident that the maturing industry is demonstrating the ability to have a notable positive impact on the American economy.

Of the bills likely included in the merger, the SAFE Act is most likely to impact the cannabis industry directly on a corporate level due to its protection of depository and financial institutions working with the industry. This bill would clarify that funds generated through state-legal marijuana-related businesses are not considered revenue obtained through illegal activity, therefore dispelling any reservations that financial and depository institutions might have regarding regular business with those in the industry. This aspect of the discussed reforms allows for greater ease of operations for cannabis- related businesses through maximizing their opportunities to access financial services.

In addition to having a significant impact on the business aspects of the cannabis industry, the proposed reforms in federal laws also have the potential to shift the social ramifications of the federal war on drugs. Since its inception, the American legal system has disproportionately focused consequences related to marijuana sale, possession, and use on people of color. In their statement, the Senators and Senate Majority Leader make note of the disproportionate impact the war on drugs has had on people of color and emphasize the importance of rectifying these tragic consequences insofar as it is possible. The proposed MORE Act could mitigate these effects through such actions as removing marijuana from the Controlled Substances Act and facilitating the expungement of previous offenses.

In conclusion, the American government is currently at the cusp of exciting and impactful shifts in the legal identity of cannabis. These proposed changes have the potential to generate increased revenue within the industry, facilitate the maximization of banking options for legitimate cannabis operations, and assuage some of the racially-biased social effects of the American war on drugs.